The Big Fat Dummy is discontinued for now...

The Surly Big Fat Dummy is a long tail cargo bike that took a few too many doses of growth hormones.

At first glance, you might say that we just put bigger tires on a Big Dummy. But if you said that, you’d actually be very wrong so just… don’t.

Let’s get down to the nitty gritty of what makes this hulking beast of a bike tick. The goal with designing a cargo bike around fat tires was to create the most stable, stiff, and traction-laden ride possible while hauling a ton of stuff. This Surly fat bike will get you and your stuff off-road, comfortably. 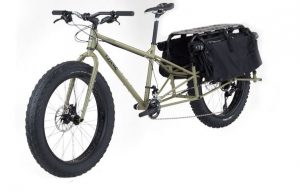 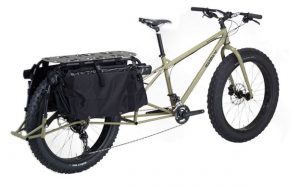 Big Fat Dummy has a longer toptube and slacker headtube than its more svelte cousin giving it a nice, predictable, and stable ride.

Surly have also used thinner, lighter tubing to construct its cargo area so while it’s an overall burlier bike, there’s not much difference in weight.

Check out the review on this bad boy here